A while back I did a show on ‘Covers That Are Better Than The Originals’ and I had so much fun with that. So this week it was UNLIKELY COVERS.  Anything in the previous show was excluded, just to keep me on my toes. But have no fear, there were plenty more, and even quirkier versions, to choose from.

We opened the show with Peter Sellers’ hilarious version of the Beatles A HARD DAY’S NIGHT, in the style of Lawrence Olivier’s  Richard 111. Thanks to Andrew for this request.

Andrew also requested the next track on our list: Hellsongs’ version of THUNDERSTRUCK. Hellsongs is an acoustic three-piece that plays what is 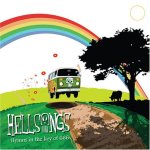 best described as Lounge Metal. That means metal classics performed with surprisingly clear female vocals, soft guitars, an organ and two male choir-boys. They do a brilliant job of this AC/DC cover.

Stevie Wonder’s  version of the Beatles classic WE CAN WORK IT OUT is a good example of what I think defines an UNLIKELEY COVER. Not only does he switch genre, he also reinterprets the emotions that underpin the track, taking it from melancholia to pure elation. So, here’s a treat: A clip from the recent 2010 Glastonbury Festival where Stevie sings both Master Blastin’ and We Can Work It Out. Enjoy.

I’LL BE MISSING YOU by P. Diddy, Faith Evans and 112, borrows the melody and arrangement of Police’s EVERY BREATH YOU TAKE to create a song that was recorded in memory of rap artist Notorious B.I.G., murdered in 1997. Thanks to Robyn for that suggestion.

Scottish alternative pop band Camera Obscura do a great version of the Abba hit SUPERTROUPER, so that had to be included. As did Nick Cave, with the very unlikely cover of  Louis Armstrong’s WHAT A WONDERFUL WORLD.

Algerian musician Rachid Taha does an intriguing Arabic version of the Clash standard ROCK THE CASBAH. Check it out:

As someone who loves their Bluegrass and is a hardcore Queen fan, (what’s not to love?), Hayseed Dixie appealed with their cover of Queen’s BOHEMIAN RHAPSODY. Come on, you’ve got to get a chuckle out of this, surely:

We followed with a very gentle rendition of the Guns & Roses’ track SWEET CHILD OF MINE. It’s from Swedish singer Victoria Bergstrom, under her Taken By Trees moniker.

SWITCHED ON BACH is the name of an album by Walter (later to become Wendy) Carlos. Recorded in 1968, using the Moog synthesiser, it became the highest selling classical music recordings of its era. We played one of the best tracks from that album,  SINFONIA 35. Carlos went on to make many more recordings, including scores for the Stanley Kubrick films A Clockwork Orange and The Shining.

Paul Kelly only needs his guitar, and his great voice, to create a knock-out acoustic version of the Amy Winehouse signature tune REHAB. I found this on one of the very excellent Triple J Like a Version albums.

One of my favourite films of all time is JUNO and one of the best songs on that soundtrack is Sonic Youth’s cover of The Carpenter’s SUPERSTAR. Karen would have been proud:

The phones ran hot when this next track was played:  Legends Willie Nelson and Waylon Jennings gave Procol Harum’s A WHITER SHADE OF PALE a country voice. And then the totally indiosyncratic William Shatner covered Pulp’s COMMON PEOPLE.

But if you thought that was crazy, how about Ani DiFranco and Jackie Chan (yes, that’s correct, Jackie Chan the Hong Kong actor). They contributed a bizarre duet of Nat King Cole’s UNFORGETTABLE. Ani’s voice is great, but methinks that Jacki should just stick to acting (or maybe not!).

We followed with The Clash’s version of Junior Murvin’s reggae classic POLICE & THIEVES. While a punk rock group covering reggae does seem a bit unusual, Joe Strummer makes this great track his own.

Gee, it was hard choosing one of Johnny Cash’s covers. His album American IV: The Man Comes Around is particularly good for UNLIKELY COVERS. My favourite is his version of the Nine Inch Nails song HURT but I have played

that before, so I thought I’d bring you his cover of Depeche Mode’s PERSONAL JESUS instead. This album is especially moving as Cash died soon after its

Lesley Gore, (that’s right, she of IT’S MY PARTY AND I’LL CRY IF I WANT TO), gave us a great version of AD/DC’s DIRTY DEEDS DONE DIRT CHEAP. Just to prove that she can sing anything she wants to!

R & B great Billy Preston does an interesting cover of pop band Duran Duran’s GIRLS ON FILM.  As do the Ramones when they do a punk version of Creedence Clearwater Revival’s HAVE YOU EVER SEEN THE RAIN?

Here’s a combination I really love: C.W. Stoneking, with another track from Triple J’s Like a Version compilation:  the White Stripes SEVEN NATION ARMY. Two of my favourite artists, Stoneking and Jack White. I think what makes this so good is that Stoneking hadn’t even heard the song before it was suggested that he do a cover, so it has this incredible freshness to the interpretation. Here’s an interview and his performance live in the studio. So jealous of that presenter!

We followed that with a great pairing: Jim Morrison and The Doors with their version of Howlin Wolf’s BACK DOOR MAN and Patti Smith’s amazing cover of Prince’s WHEN DOVES CRY. Thanks again to Rob for suggesting that one.

How perfect is Sid Vicious’s punk version of MY WAY, made famous originally by Frank Sinatra? Let’s face it, he couldn’t sing, couldn’t play but gee he knew how to take the piss out of society. Miss that.

What to finish the show with? Well, a cover of Led Zeppelin’s STAIRWAY TO HEAVEN seemed an

obvious choice but which version? Rolf Harris came to mind, especially after his recent appearance at Glastonbury but I’m not a big fan. Instead, the honour went to one of the best musicians in rock history, Frank Zappa.

Next week the theme is a staple of pop music: SWEETS, all those yummy sugary foods that symbolise so much about personal relationships. Let me know if you have any good suggestions. Love having your input.

Thunderstruck (AC/DC cover) – Hymns In The Key Of 666, Hellsongs

We Can Work It Out (Beatles) – Greatest Hits, Vol. 2, Stevie Wonder

Have You Ever Seen the Rain (Creedence Clearwater) – The Ramones

Next week: SWEETS (Yummy, yummy, yummy I’ve got love in my tummy!)