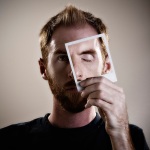 This week the EYES had it as I created a playlist about what poets call the ‘window of the soul’.  Our 100TH PROGRAM showcased a diverse range of artists, from the 50’s right through until some more recent releases.  We also celebrated this important milestone with a couple of fantastic giveaways for our loyal listeners: tickets to a private screening of the new David Fincher film, The Social Network, courtesy of the Dendy Cinemas, and a copy of the Red Army album from hot reggae band The Red Eyes, courtesy of Ku Promotions. Thanks to everyone for listening (and reading!) during this period. Here’s to the next 100!

In 2001 the list of inductees into the Rock and Roll Hall of Fame included such superstars as Michael Jackson, Paul Simon, and Aerosmith. Further down the list in terms of public recognition were The Flamingos, who were best known for their 1959 hit  I ONLY HAVE EYES FOR YOU.  They are rightfully ranked as one of the most sophisticated doo wop groups in American popular music.

Charles Edward Anderson Berry, otherwise knows as “Chuck” turned 84 on October 18. I don’t think anyone would argue when I claim that he is one of the most influential musicians of his time. He contributed BROWN EYED HANDSOME MAN to the mix. Elvis Costello, surely one of Chuck’s disciples, had his first hit single in 1977 with a song about a girlfriend who couldn’t stop watching television. The song, of course, is WATCHING THE DETECTIVES. “She’s filing her nails while they’re dragging the lake”. Brilliant.

The Chi-Lites also had a huge hit in 1971 with HAVE YOU SEEN HER. Check out this clip for a PBS special featuring guest artist Eugene Record. Loving the zoot suits!

Jazz singer Ernestine Anderson has some good advice on KEEP AN EYE ON LOVE. She reckons that you just have to keep looking for it and eventually it turns up. I’d be careful if I was her though. If the Hall and Oates song PRIVATE EYES is any indicaton, there are a few stalkers out there ready to pounce. These boys are continually watching the object of their affection. But we already know that love makes you do silly things. Right?

LOOK AT THE FOOL is from Tim Buckley’s album of the same name, his ninth and final album before his untimely death in 1975.  Jackson Browne’s  DOCTOR MY EYES was featured on his debut album Jackson Browne, released in 1972. Here he is singing live, with an awesome band, in 2009. As well as DOCTOR MY EYES, this clip includes ABOUT MY IMAGINATION. Browne is still a great performer and his looks don’t seem to have diminished either!

We followed the terrific 1967 funk track,  I SPY FOR THE FBI, from Jamo Thomas, with (See) HOW FAR WE’VE COME, from Matchbox 20’s Exile on Maintream album, released in 2007. The song has been used to promote everything under the sun. But we won’t hold that against them.

Jamesetta Hawkins is better known to us as Etta James. This rendition of  I’D RATHER GO BLIND, where she duets with Dr. John, practically brought me to tears. See if it has the same effect on you:

And as Etta would say ‘At Last!’ we have some nice weather up here in the Northern Rivers, after months of rain. (Although as I write this the rain is back…..aarrggghhhhh). Nevertheless, I had to celebrate a couple of days of brilliant sunshine with I CAN SEE CLEARLY NOW from Jimmy Cliff.

Let me ask you this: What do David Bowie, George Washington and Louis Pasteur have in common? Well

they have what’s called heterochromia: i.e. each of their eyes is a different colour. In Bowie’s case one eye is blue and the other brown. Aren’t you glad to know that?

When it comes to songs about eyes, you can’t go past 60’s soul, and our next triple play more than proved the point: Doris Troy was seduced with JUST ONE LOOK, The Contours went gold-digging on FIRST LOOK AT THE PURSE and The Temptations sang I WANT A LOVE I CAN SEE.

Van Morrison’s 1967 single BROWN EYED GIRL would prove to be the impetus for his whole career as a solo artist. It was to be his first single after leaving the band Them and it led to his relocation to the United States and an eventual contract with Warner Brothers Records where he would record his career-defining album Astral Weeks.  In the same year The Who released I CAN SEE FOR MILES AND MILES, the only single from the The Who Sell Out album. Recorded in several separate sessions in studios across two continents, the recording of I CAN SEE FOR MILES exemplifies the increasingly sophisticated studio techniques of rock bands in the late 1960s. The backing tracks were recorded in London, the vocals and overdubbing were performed in New York at Talentmasters Studios, and the album was mastered in Los Angeles at the Gold Star Studios.

The Beatles 1965 hit I’M LOOKING THROUGH YOU was written mainly by Paul McCartney and it first appeared on their Rubber Soul album. It was written about Jane Asher, McCartney’s girlfriend of five years: “You don’t look different, but you have changed,” the lyrics declare, reflecting his dissatisfaction with their relationship.

When I announced that this week’s theme was to be EYES, I was inundated with requests for the Platters version of SMOKE GETS IN YOUR EYES. Well, of course, it had to make the list – an absolute classic.

Billy Idol’s EYES WITHOUT A FACE is from his 1983 album Rebel Yell. Reportedly filmed in a marathon 30-hour session, the video’s extensive filming used fog machines, lighting, and fire sources that nearly fused Idol’s contact lenses. At the conclusion of filming, Idol attempted to leave, and promptly passed out on the studio lawn from exhaustion. Initially mistaken for a vagrant, a police officer who roused Idol was alarmed at his reddened eyes. The officer immediately brought Idol to a local hospital, where doctors were able to coax out the lenses, saving his vision. OMG.

Captain Beefheart was unusually restrained on HER EYES ARE A BLUE MILLION MILES and we followed with Sinead O’Connor’s DAMN YOUR EYES from her 1990 album I Do Not Want What I Haven’t Got. No matter what you think of her political viewpoints, there is no denying the power in her voice.

Being our 100th show, I gave myself a gift and closed the show with two of my favourite artists: As regular listeners know,  according to me Roy Orbison can do no wrong. And how could I resist when he tells me  “One look from me and he drifts away”, on YOU GOT IT.

Tim Buckley is also a favourite and we said goodbye with DEVIL EYES from the outstanding album Greetings From LA.

Next week’s program will be on CARNIVALS, CIRCUSES AND FUNFAIRS. Ooh I’m really looking forward to this one. Let me know if you have any suggestions for the playlist. I can always do with your help!

Until next week, remember what Gandhi said: “An eye for an eye turns the whole world blind.”

Next week:  SONGS ABOUT CARNIVALS, CIRCUSES & FUNFAIRS
Listen to Lyn McCarthy at the Theme Park on BayFM, Tuesdays 4-6pm, Sydney time
Also streaming via BayFM
Tragically also on Facebook and Twitter
Email me at: lyn.themeparkradio@gmail.com