You’re born, you learn, you work, you may reproduce and then you die. That’s pretty much it. But being human, we’re designed to question, argue and seek meaning in our life. We don’t all want the same thing: the kind-hearted want an explanation for poverty and suffering; the ambitious try to rise above everyone else and if you’re depressed you may be looking for a reason to even get out of bed in the morning. Yes, life’s a puzzle and I’m not sure that there are any definite answers. But songwriters can’t help themselves. Like all artists they’re fascinated by life’s mysteries. 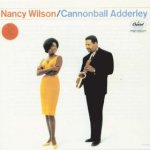 HAPPY TALK, by jazz greats Nancy Wilson and Cannonball Adderley, is a great example of a Life Lesson song. Yeah, if you don’t have a dream, how are you going to make a dream come true? My dream for the next two weeks, at least, is that our wonderful community radio station, BayFM 99.9, gets as many annual subscriptions as possible because we’re in full Major Subscriber Drive mode at the moment. It made for a really busy show which was also loads of fun.

We got the show moving with one of my favourite artists. It’s a song that has one of the best messages, especially for an optimist like me: YOU CAN GET IT IF YOU REALLY WANT by Jimmy Cliff. Here he is perfoming the song with the Jools Holland Rythymn & Blues Band:

My choice of a Bob Marley song, and there were a few with life lesson lyrics to choose from, was his energetic attack on religions – the ones that neglect to preach “what life is worth”. The song, of course, is GET UP STAND UP.

Bob Dylan has a great life lesson song: DON’T THINK TWICE, IT’S ALRIGHT. Something I didn’t have to thinktwice about was the opportunity to work with Camp Quality over the next two weeks of BayFM’s Subscriber Drive. Camp Quality is a fantastic organisation that supports children

suffering from cancer. They believe that laughter is the best medicine and so they aim to bring optimism and  happiness to these children and their families. Jana Ayre, who volunteers for Camp Quality in the Northern Rivers co-hosted the show with me this week, because we had a very special prize for Theme Park listeners who subscribe to the station before August 29th.

Thanks to Possum Creek Eco Lodge in the hinterland of Byron Bay, we are offering a Camp

Quality family a respite break. This holiday will be donated in one lucky subscriber’s name and that subscriber then receives the tax deduction for the donation. It’s a fantastic prize, based on kindness and community spirit – and you can’t get better than that!  If you’re reading this and are inspired to subscribe and help keep community radio alive, whether you live in the Northern Rivers or not, just go online to http://www.bayfm.org and follow the prompts. Don’t forget to cite Theme Park as your favourite program!

Someone who did call in during the show to subscribe was a new resident in Byron, David Bridge. And he gets a special mention here because he also requested a terrific life lesson song for the show: UP THE JUNCTION from Squeeze. Thank you David!  Now, this is how to write a complete story about everyone’s life in a little over 3 minutes:

Another goodie from our British songwriters is ON THE EDGE OF A CLIFF from The Streets, known to his Mum as Mike Skinner. Check it out:

I became a big fan of The Drive By Truckers when they appeared at the Byron Blues Festival a couple of years back. I even bought the t-shirt (now that’s commitment!). They do a great Life Lesson song –  most people share the experience described by singer Patterson Hood and his 83-year-old friend on WORLD OF HURT: “To love is to feel pain.” The lesson here, I think, is to accept that pain can also be a positive thing.

De La Soul have a different kind of lesson. They reckon that sometimes you just have to TREAD WATER. They use cartoon creatures to get the message across. Very cute.

SO YOU WANT TO BE A ROCK N ROLL STAR? Well, the Byrds have some advice for you:  All you have to do is get an electric guitar, take some time and learn how to play? Sounds easy enough. But maybe life is like that: Practice makes perfect.

Midway through the show the lovely Gaudi from a new restaurant in Byron, Italian at the Pacific, came in to draw the daily prize for one lucky subscriber. The prize, a day with the chef of the restaurant and dinner for 8 people was won by Craig McGregor whose daughter Claire is a regular contributor to the show (sorry couldn’t fit in Coward of the Country 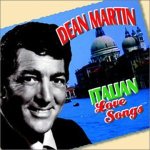 this week Claire!) and another daughter Sarah, a fantastic musician. So I know that this big family will absolutely love this brilliant prize.

THAT LUCKY OLD SUN, by Dean Martin, our weather song for today was suggested by Andrew who also subscribed again this year on Theme Park, so thank you so much for supporting BayFM Andy.

Next up it was a double dose of Ska: Jools Holland and Prince Buster with ENJOY YOURSELF and Dandy Livingstone with RUDY, A MESSAGE TO YOU.

Lots of subscribers ringing in by this stage (thank you one and all!), so I thought a great piece of disco was appropriate ’cause my spirit was uplifted by all the support. The song is one that really speaks to me: YOUNG HEARTS RUN FREE from Candi Staton. Here she is with a 1999 re-recording and video of her 1976 classic:

I think that QUE SERA, SERA (“whatever will be, will be”) has to be the ultimate Life Lesson song, don’t you? Look,  I know that Doris Day pretty much owns this tune but the version we played this week was by Sly & The Family Stone. I was feeling in a funky mood, you see.

One of many suggestions from regular contributor Robyn had to be included, if only because it’s title was perfect: LIFE’S LESSONS from Lynyrd Skynyrd. And then it was one for Frank Zappa fanatic, Hudson: COSMIK DEBRIS:

Our major prize for those subscribing this year is an amazing trip to Broome and the Kimberley region of Western Australia. It’s in conjunction with the environmental group, Save The Kimberley. A great supporter of this cause is musician Xavier Rudd. And a great song with a life lesson, that he does so well, is BETTER PEOPLE.

Robyn had another request for a perfect Life Lesson song: DON’T STOP BELIEVING from Journey. So the least I can do is upload the video clip:

We closed the show with a classic:  “You have to know when to hold em, you have to know when to fold em, know when to walk away, know when to run”. Yep, Kenny Rogers with THE GAMBLER. There was just a little bit of time, too, for a snatch of the Stones with YOU CAN’T ALWAYS GET WHAT YOU WANT. So because we didn’t get to play it all the way through, I’ll give them their due here. Check out a very young David Frost and  an even younger Rolling Stones performing live in 1969:

Thanks to Jana from Camp Quality for coming in and helping host the show this week and to the many listeners who rang to subscribe. Thank you for your support of BayFM, Theme Park and Camp Quality. And if you haven’t subscribed yet, there is still time to get involved in this particular promotion. Just go to the BayFM website at: http://www.bayfm.org and follow the prompts to subscribe. You can also listen to the show online, there, as well.

I’d also love to hear from you with your requests for next week’s show when the topic will be THE ENVIRONMENT. You may be surprised at how many great songs there are on this topic, from all genres. I think this is going to be a very special show.

You Can Get It If You Really Want – The Harder They Come, Soundtrack, Jimmy Cliff

Get Up Stand Up – Back To Zion, Bob Marley & The Wailers (incl. Peter Tosh)

Up The Junction – Singles, Squeeze

On The Edge Of A Cliff – Everything Is Borrowed, The Streets

A World Of Hurt – A Blessing And A Curse, Drive By Truckers

So You Want To Be A Rock ‘n’ Roll Star – Byrds/20 Essentia,l The Byrds

Rudy, A Message To You – This Is Ska!: 16 Original Ska Classics, Dandy Livingstone

Que Sera Sera (Whatever Will Be Will Be) – Take The Lead (Soundtrack), Sly And The Family Stone

Next week: THE ENVIRONMENT