OH, WE ALL LOVE TO BE BESIDE THE SEASIDE

If they can have Xmas in July then I reckon I can do a show about the sea in winter. And I did. It was never going to be the kind of breezy show I would do if it was summer,  because, for me anyway, at this time of the year the ocean appears even more immense and overwhelming. Many of the songs in this week’s playlist reflected that.

Our magnificent opening track by the O’Jays, SHIP AHOY, was a perfect example. It’s introduced by the creak of timbers and the crack of slave-owners whips and is an angry tour de force that presents the ocean as a partner in crime.

And while there were other serious songs in the  line-up, there were plenty of  frivolous and joyful tunes as well. And nothing could be more joyful than the sound of the ukulele: It was fantastic to have some live music in the show today as Ben, Renee and Azo from the group Blue Hulas took over the studio for a segment. They are the Northern Rivers original, (and, as far as I know, only), Hawaiian style band and their cruisy, island style music – complete with ukulele – was just right for this week’s theme.

The Beach Boys recorded a version of UNDER THE BOARDWALK, but it was the Drifters original version that I chose to play this week and gave some time to the Beach Boys for SAIL ON SAILOR, which is quite a serious song that uses the sea as a metaphor for life. Another serious song about the ocean is reggae star  Fred Locks’  BLACK STAR LINER. The title refers to the shipping line that was used to transport black Americans to Africa as part of the Back-to-Africa movement of the 19th century.

Some light relief came from Bobby Darin’s  hit from 1959, BEYOND THE SEA. I tried unsuccessfully to get a copy of the original version for the show: LA MER by French singer Charles Trenet. I’ll track this down, hopefully, and play in a future show.

A big welcome back to Roy Orbison with one of his best, LEAH. Check out this clip from the DVD Black & White Night where Roy is supported by Jackson Browne, T Bone Burnett, Elvis Costello, k.d.Lang, Bonnie Raitt, J.D. Souther, Bruce Springsteen, Tom Waits and Jennifer Warnes. Nice group of friends!

SEVEN SEAS OF RHYE from Queen was worth including just for its ending: ‘We all like to be beside the Seaside’. Other personal favourites that I played included LIGHTHOUSE from The Waifs and FROM THE SEA by Eskimo Joe. Talking of favourites: I had to include the Marvelettes with TOO MANY FISH IN THE SEA and the gorgeous Blossom Dearie singing her version of BETWEEN THE DEVIL AND THE DEEP BLUE SEA.

How’s this for a diverse three in a row: An evocative piece of bubblegum from Aqua with WE BELONG TO THE SEA, a little reggae with ON THE BEACH IN HAWAI’I from Ziggy Marley and Led Zeppelin’s DOWN BY THE SEASIDE from their 1975 album Physical Graffiti. Whew. Here’s the beautiful lead singer of Aqua, Lene Nystrom Rasted, in the weird but wonderful video clip for WE BELONG TO THE SEA:

A request from Vanessa followed: Johnny Cash with SEA OF HEARTBREAK and I chose to follow that with Jenny Lewis singing BLACK SAND. For a little change of pace we played The Presets with GIRL AND THE SEA followed by Panic At The Disco’s BEHIND THE SEA. And then it was time for I’M THE OCEAN from the album Mirror Ball by Neil Young and featuring Pearl Jam. 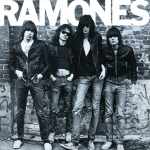 Jason Mraz’s live rendition of  WALK ON THE OCEAN was followed by the one and only Billy Holiday asking us HOW DEEP IS THE OCEAN? And then the Ramones contributed ROCKAWAY BEACH. I can’t quite get my head around the Ramones singing about the beach, but what the hell do I know – it was the highest charting single of their career. Go figure.

We finished the show with Getaway Plan’s WHERE THE CITY MEETS THE SEA and the wonderful Cat Power with SEA OF LOVE.

Next week, I’m celebrating the SPLENDOUR IN THE GRASS Music Festival being held here in Byron Bay. The show’s theme will be GRASS – no, not THAT grass – well maybe there will be some songs about THAT grass. And if I can’t find enough songs about grass I’ll move onto trees and flowers. I’d love to hear from you with your suggestions.

Here’s this week’s playlist on the SEA:

Under The Boardwalk  – The Drifters

Sail on Sailor – The Beach Boys

Beyond The Sea – Bobby Darin

A Drop In The Ocean – Moloko

From the Sea – Eskimo Joe

Too Many Fish In The Sea – The Marvelettes

Between The Devil And The Deep Blue Sea – Blossom Dearie

We Belong to the Sea – Aqua

On the Beach In Hawai’i  – Ziggy Marley

Down By The Seaside – Led Zeppelin

Girl And The Sea – The Presets

Behind The Sea – Panic At The Disco

Walk on the Ocean  – Jason Mraz

How Deep Is The Ocean – Billie Holiday

Oceans Away – The Fray

Where The City Meets The Sea – The Getaway Plan

I’m loving all the good movies out there at the moment, so with Oscars week as my inspiration, it was surely time for a show about Music and The Movies. Yes,  two hours of bliss for film and music fans. The show wasn’t just about soundtracks or great music in the movies. There are just some classic movie moments where a song totally complements or enhances the action. These were the songs that I looked for this week. Songs or pieces of music that, when you hear them, you immediately ‘feel’ the scene from the film.

Naturally, time is always an issue, so many great movie/music moments didn’t make the cut.  But there will be other shows. If you want to contribute to that list, send me a note and I’ll start compiling now for a program down the line.

We opened the show with a snippet from the 1937 animation, Snow White and the Seven Dwarfs – ‘Hi Ho, It’s Off to Work We Go’. Not only was this Disney’s first feature animation, it was also the first real soundtrack album ever released. The film is a classic as were the next three numbers: Marlene Dietrich with ‘Falling in Love Again’ (from Blue Angel), Dooley Wilson with ‘As Time Goes By’ (from Casablanca) and Gene Kelly singing the title song from Singing in the Rain. By the way, ‘Singing in the Rain’, you will remember, was also used to terrifying effect in Kubrick’s A Clockwork Orange.  But in these gloomy times, I think I’d rather remember the absolute joy of Gene Kelly dancing and singing in the rain. Have a look:

The first hour was jammed packed with great moments: ‘Rock Around the Clock’ from Blackboard Jungle, ‘Mrs. Robinson’ from The Graduate, ‘Everybody’s Talkin” from Midnight Cowboy. And we had movie tickets to give away, thanks to the Dendy Cinemas here in Byron Bay.

It was also fun using some of the iconic pieces of music composed for the screen. Who can’t recognise, in a nano-second, the music from Psycho‘s shower scene? Or the opening music for Star Wars? And as our competition proved – everyone immediately knew the music from 2001 A Space Odyssey.In the second hour we played some Eric Clapton, Jimmy Cliff, Ray Charles, Creedence Clearwater Revivial and some Bob Dylan, among others. And of course I played my favourite – Roy Orbinson. Despite not particularly liking the film, it had to be ‘Pretty Woman’.  Films covered included Blue Velvet, Apocalypse Now, American Graffiti, Pat Garrett & Billy the Kid….. whew, we flew through the show.

I’m a big Martin Scorsese fan. Do you remember the scene from Mean Streets where he used the Rolling Stones song ‘Jumpin Jack Flash’? Johhny Boy, played by Robert de Niro, walks into the bar to meet Harvey Keitel’s character (looking incredibly young btw). It was shot in slow motion with the Stones song playing in the background. His character is summed up in less than 30 seconds: he is trouble with a capital T. He’s exciting and full of nervous energy – he is Jumpin Jack Flash. Wow! Scorsese is the master of film scores in my mind. I do love the way that Tarantino plays with image and sound, but for me Scorsese is king. Check it out on this You Tube grab:

Bruce Springsteen’s  ‘Streets of Philadelphia’ from the film Philadelphia is a great song and it was good to hear that again. And I really enjoyed including Creedence Clearwater’s ‘Green River’ from the film Indian Runner. This film might not immedately come to mind, but it is well worth finding at your local video store. It was directed by Sean Penn. As you know, he won the Best Actor Oscar for his role of Harvey Milk in the film Milk – well worth catching, too.

I was very sad to hear of Blossom Dearie’s passing a couple of weeks ago. This wonderful jazz singer was unique and I was happy to play a song that was included in the indie film Kissing Jessica Steyne: ‘I Wish You Love’ as a dedication to her.

And to close the show, a great song from Lou Reed – ‘Perfect Day’ – from the film Trainspotting. This film was Danny Boyle’s breakout hit in 1996 . So great to see the enormous Oscar success of his latest film Slumdog Millionaire. I’ll leave you with some of the lyrics from ‘Perfect Day’:

Here is the playlist, with the films they featured in:

Hi Ho Its Off To Work We Go.  Frank Churchill/Larry Morey  – Snow White and the Seven Dwarfs (1937)

Rock Around the Clock. Bill Haley & His Comets – Blackboard Jungle (1955)

Will You Still Love Me Tomorrow.  The Shirelles(with DJ Wolfman) – American Graffiti (1973)

Tears on my Pillow. Little Anthony and the Imperials – Grease (1978)

Tune in next week, when the show will be about that thing that I never seem to have enough of: TIME!
Catch Lyn McCarthy at The Theme Park, on BayFM 99.9 Tuesdays 2-4pm, Sydney time. Also streaming on http://www.bayfm.org